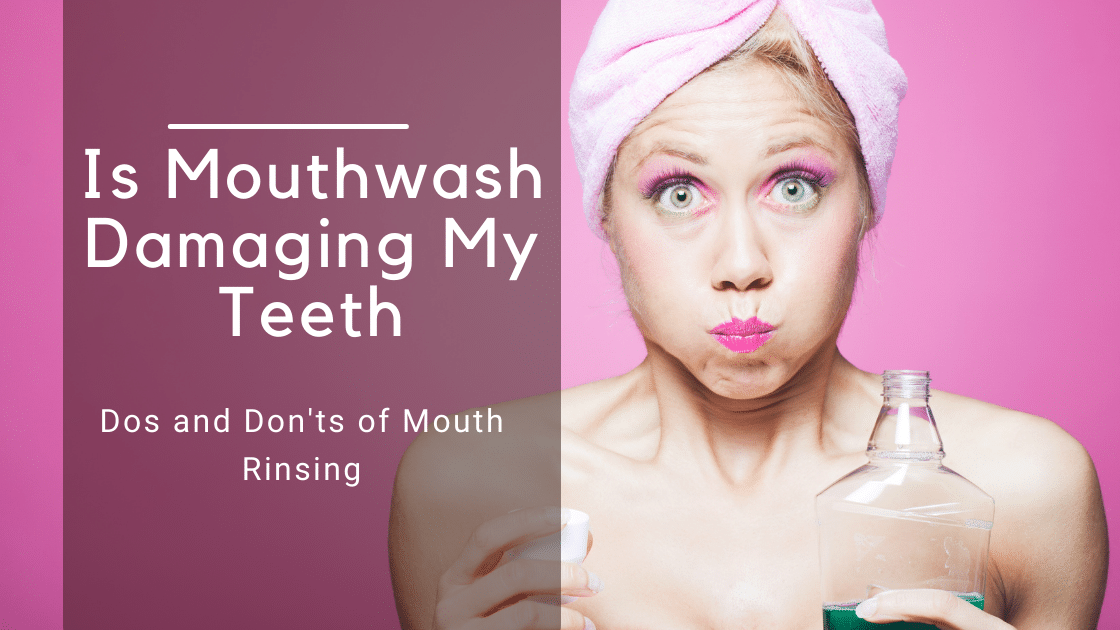 I’ve been seen on Youtube trends that are saying mouthwash gives you cavities, especially if you use a mouthwash after you brush your teeth. So I’m here to address this mess. The reason why some dental professionals are saying this is simply because yes, leaving the toothpaste on your teeth is the best thing you can do after brushing your teeth to help prevent cavities. You technically shouldn’t even rinse with water after brushing your teeth. The goal is to leave the toothpaste on there because if you’re using a toothpaste with an anticavity ingredient in it, then you’re allowing that ingredient to sit on your teeth and do its job instead of rinsing away all the benefits with water or mouthwash.

However, it’s not to say that rinsing with mouthwash after brushing will give you cavities. That’s a bit extreme. Is there more fluoride and fluoride toothpaste than in a fluoride mouthwash most of the time yes, but not all of the time. Regardless, I understand the thought process behind this and some people wanting to inform you that it’s better to leave the toothpaste on their teeth in comparison to the mouthwash. But it’s not to say that using an anticavity fluoride mouthwash after brushing is bad. It’s just not as good.

What if you’re not using an anticavity fluoride mouthwash?

Here’s where an antiseptic mouthwash comes in. And it’s important to understand the differences between these two for this to all make sense. Antiseptic mouthwash is often do not contain fluoride, like the anticavity mouthwashes do, antiseptics are made to help your gums and focus on your changeable health not to prevent tooth decay and cavities. And the even more interesting fact and where this whole people’s thing probably started is because some antiseptic mouthwashes are actually slightly acidic when you test their pH levels. Which is weird, right? Because technically, an acidic mouth can make you more cavity-prone. You want a neutral mouth to prevent cavities.

How do you use antiseptic mouthwash?

There’s always general concepts, but there’s always also lots of exceptions. Are there some patients of mine that I would actually recommend to use an antiseptic mouthwash after brushing? Maybe yes, maybe they’re going through gum disease therapy right now. And we were really focused on lowering the microbial count in their mouth. Maybe that’s what’s important for them and that’s what certain people need for their individual mouth right now.

But on the other hand, are there some patients where I would say: don’t even use an anticavity fluoride mouthwash after brushing which I generally feel is good for most people like I said earlier, but some patients that are so extremely cavity-prone need all the extra flooring they can get.

Mouthwash isn’t going to make or break your dental health. Brushing, flossing, and the foods you eat are the things that will make or break your dental health, but if you do like mouthwash don’t be afraid to use it and again if you are worried about cavities go for the anticavity fluoride mouthwash and if you’re not cavity-prone and or you just prefer an antiseptic mouthwash cool, just maybe consider using it before you brush your teeth.

So in all my ending comment is to always always, always ask your dental provider which mouthwash they think is best for your individual mouth, if any. And please remember that cavities come from not brushing your teeth not flossing your teeth and a bad diet cavities don’t come from using mouthwash. I hope this kind of clears everything up.

FAQ, How to, Mouthwash

Night Guard: Is it Worth It? Everything You Need to Know